Born in 1758 to a family of wealthy Lyon tax collectors,
Alexandre Balthazar Laurent Grimod de La Reynière was always in conflict with his upbringing.
Born 31 years before Marie Antoinette probably didn’t say “let them eat cake”, 34 before the invention of the guillotine, and 35 before it was used on pauvre Marie, the France of Grimod de la Reynière’s youth was a powder keg of inequality. 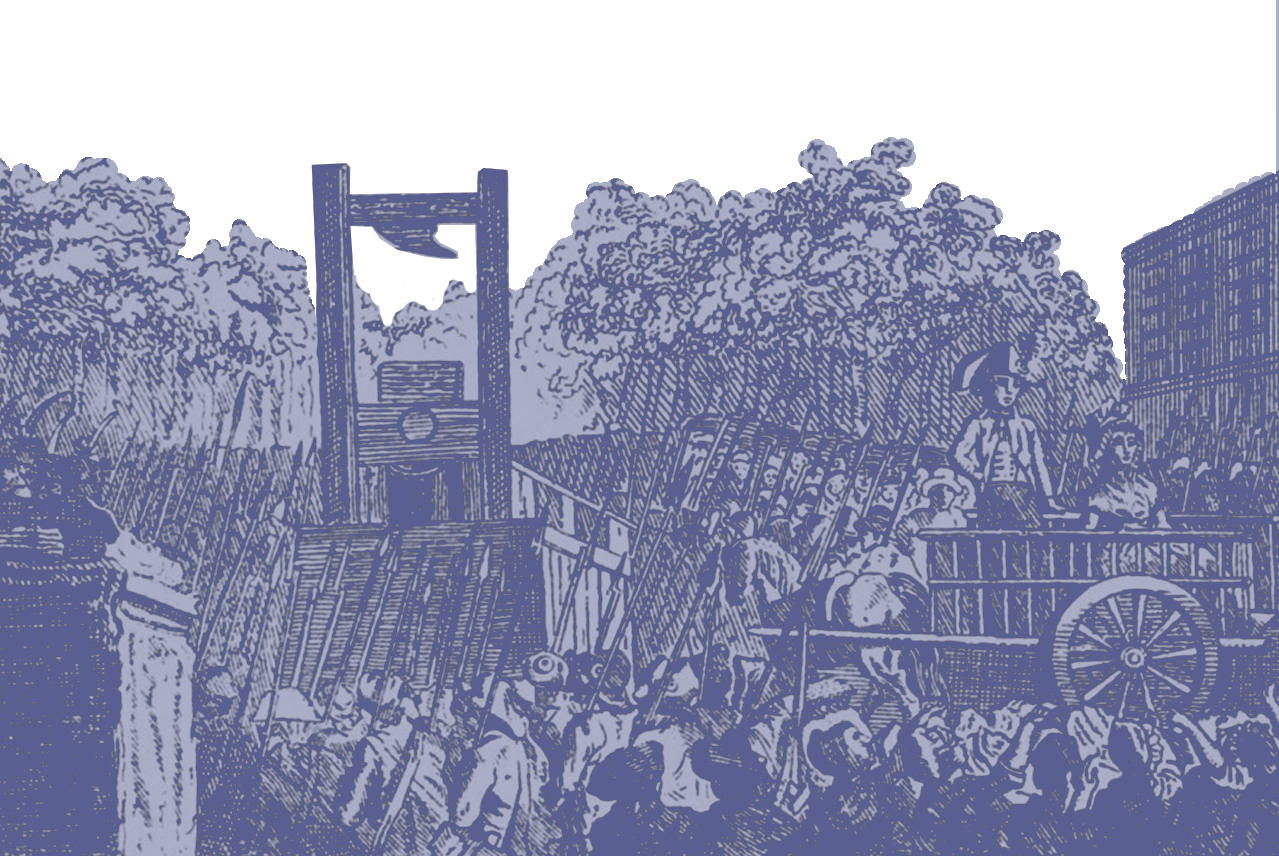 He despised more or less equally the vulgar unearned wealth of the aristocracy and the banal non-taste of the bourgeoisie, the royalists and the rebellion. He hated the notion of privilege while wringing every last drop from his own.
In 1783 he staged a mock funeral feast, at which he locked 300 guests in his parents’ mansion overnight while bombarding them with elaborate food and even more elaborate lies and ridicule.
That frisson of terror and humiliation we still feel at the very best dinner parties?
Grimod invented that.
On the heels of his troubling dinner parties (including one where he dressed a pig as his father and put him at the head of the table), his generally bad attitude, and the embarrassment his parents felt over his malformed hands, his father had him officially exiled to a monastery, where he sat out the revolution.
Ironically, it was his sketchy connections - he was friends with Danton and Robespierre - that spared his parents from the guillotine during the post-revolutionary upheaval of the Terror. With a bit of money from his parents and the knowledge of local cuisines he picked up while in exile, he set up an exotic grocery business in Lyon.
Like the Marquis de Sade (a sometime member of his restaurant-reviewing society, Jury dégustateur), Grimod de La Reynière sought to rescue one of the seven deadly sins from the depredations of both the bourgeoisie and the aristocracy - just think more boudin noir and less sodomy.
Post-monarchy, post-religion, the sheer joy of eating needed to be justified and codified – or else it would have been lost in the blinding light of the Enlightenment. 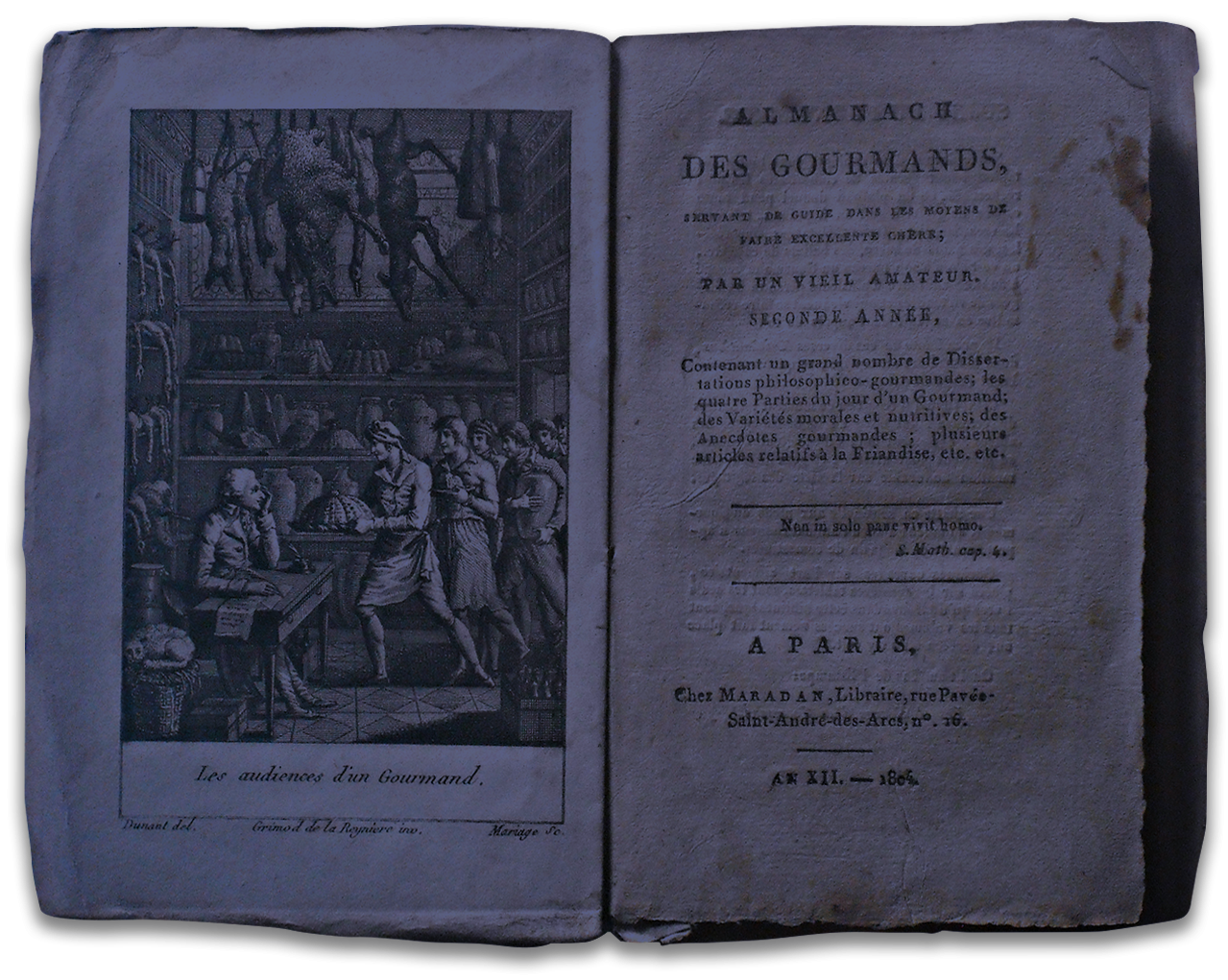 A few years later, Grimod began to publish his Almanach des gourmands, a collection of culinary tours, songs, essays and the world's first real printed restaurant reviews, followed in 1808 by Manuel des amphitryons, his book of classic advice for hosts.
In one volume of the Almanach he describes a classically inspired dish that involves 17 birds stuffed one inside the next, beginning with a bustard and ending with a garden warbler.

At the very center is an olive stuffed with an anchovy stuffed with a caper.
Between each set of birds were a variety of stuffings of bread, forcemeat, and nuts. He called it the rôti sans pareil, the "roast without equal".

Proof that even in the reduced circumstances of post-Revolution Paris, it was possible to outdo the ancients in debauchery - even if the debauchery was more imagined than real.
It would no doubt be featured today on hip menus from Williamsburg to the Mission, were it not for the current difficulties in sourcing bustard.
Not long after the eighth and final annual volume of the Almanach in 1812, his old comrades got the sad news that he had died.
Of course, when they arrived for the funeral, there was Grimod de La Reynière, sitting at the head of an elaborately laid table with a coffin in the center.
Shortly afterward, he retired to the country and never published another word about food. 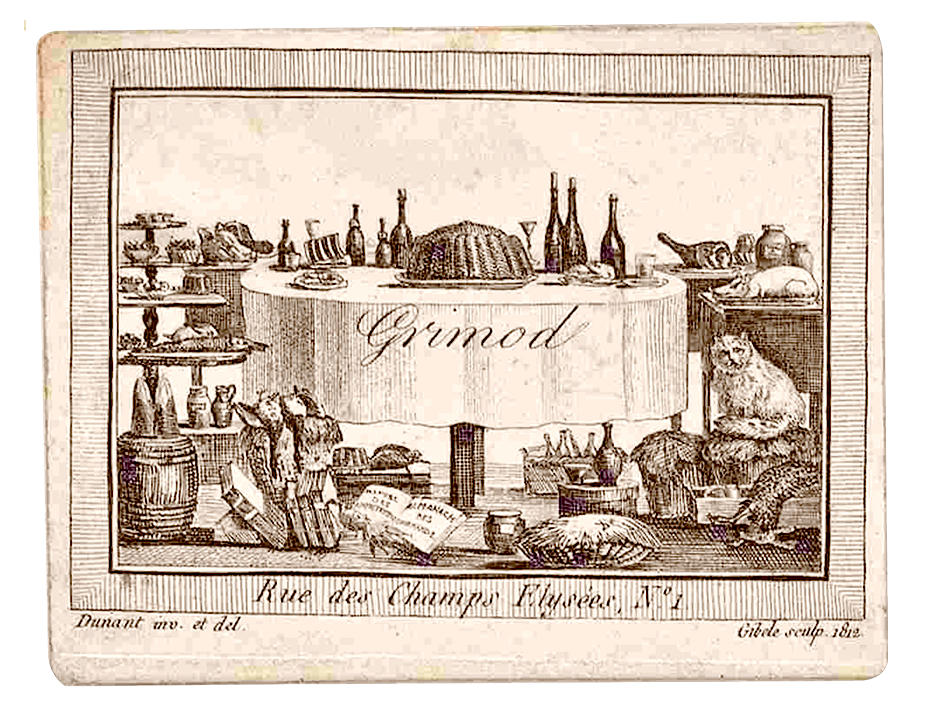 Inexplicably, though his gustatory progeny Jean Anthelme Brillat-Savarin remains widely read, and he is still revered in France, both Grimod’s  Almanach and his Manuel des amphitryons have a very spotty record of translation, and never into English.
Check out more arcane recipes in Pazzo Book’s new digital download, Stuffed: Pazzo Cookery, Catalog 1, containing "50 books on cookery, food and drink, dating from 1541-1933”. So. Cool.