John Anjain, the magistrate of Rongelap Island in the Marshall Islands, arose early the morning of the first day of March 1954.

While drinking coffee and discussing plans to go fishing later in the day with a friend, he saw a lightning-like flash in the western sky. The light quickly developed into a beautiful array of colors – green, yellow, blue, pink, red – which drew the attention of many islanders who had come out of their homes after seeing what appeared to be
a second sunrise.
The sky-show was followed by a boom louder than thunder, and the ground began to shake. The sound was so frightening it made some of the women and children run off into the woods. Soon strange clouds began appearing over the horizon. The noise and shaking subsided, the clouds, like smoke, quickly dissipated. As they had planned, Anjain and some other men went out fishing.


What Anjain did not know at the time was that he, his family, and neighbors had been exposed to radioactive fallout from
a hydrogen bomb test.

The Marshall Islands served as the location of the US Nuclear Weapons Program in the Pacific from 1946 to 1958. After more than 50 years, controversy persists over the effects of radioactive fallout from the 1954 test of the “Bravo” hydrogen bomb – the largest nuclear device ever tested by the United States.


The “Bravo Medical Program” was the medical study that resulted from the fallout exposure of over 200 Marshallese. The Program had two – potentially conflicting – goals:
1) medical care for those who had been exposed
2) study of the human biological effects of radiation exposure.

The people of Utirik were visited by the team occasionally. 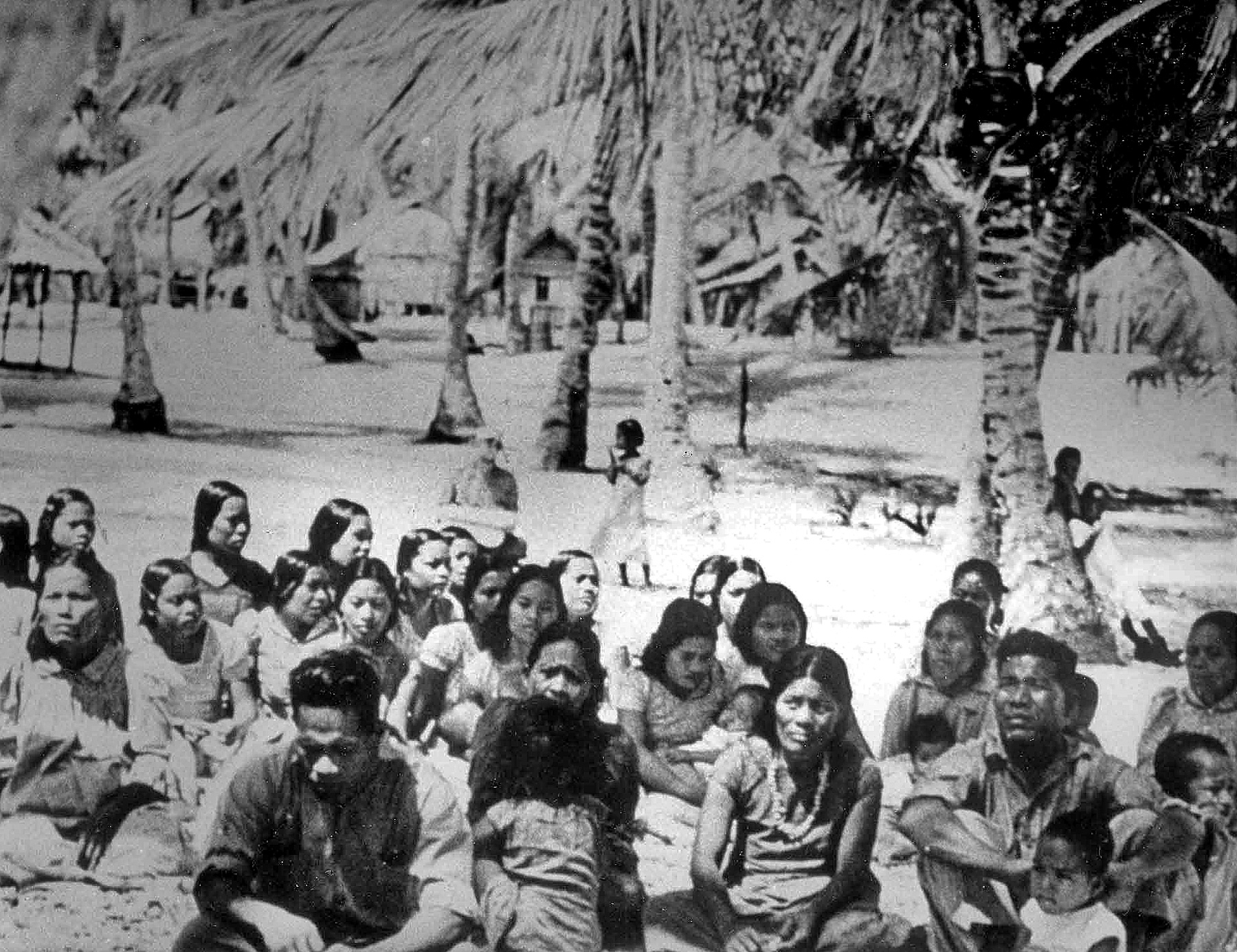 Although most scholars agree that the exposure was a tragic accident, popular accounts continue to portray the Marshallese as human guinea pigs, victims of scientific imperialism and Cold War atomic politics. Like many Cold War–era studies, the Bravo Medical Program not only blurred the lines between medical care and research, but also between civilian and military purposes.
Years later, anti-nuclear and anti-colonial activists (some of them disheartened Peace Corps volunteers sent to “Americanize” the Marshallese) became involved as part of their efforts to create a nuclear-free Pacific. Activists often acted in opposition to Program doctors while nevertheless attempting to make use of the science the Program produced.
In a period of anti-Vietnam War, anti-authority rhetoric and action, all programs linked to the US government became suspect, creating deep veins of distrust. Activists used the Marshallese story as a model for anti-nuclear/anti-government activism. “It occurred to me quite early,” one former Peace Corps Volunteer activist wrote, that “the Marshallese story was one which needed to be publicized in terms of the ever-increasing threat of possible nuclear war – a war which will leave no one untouched.” 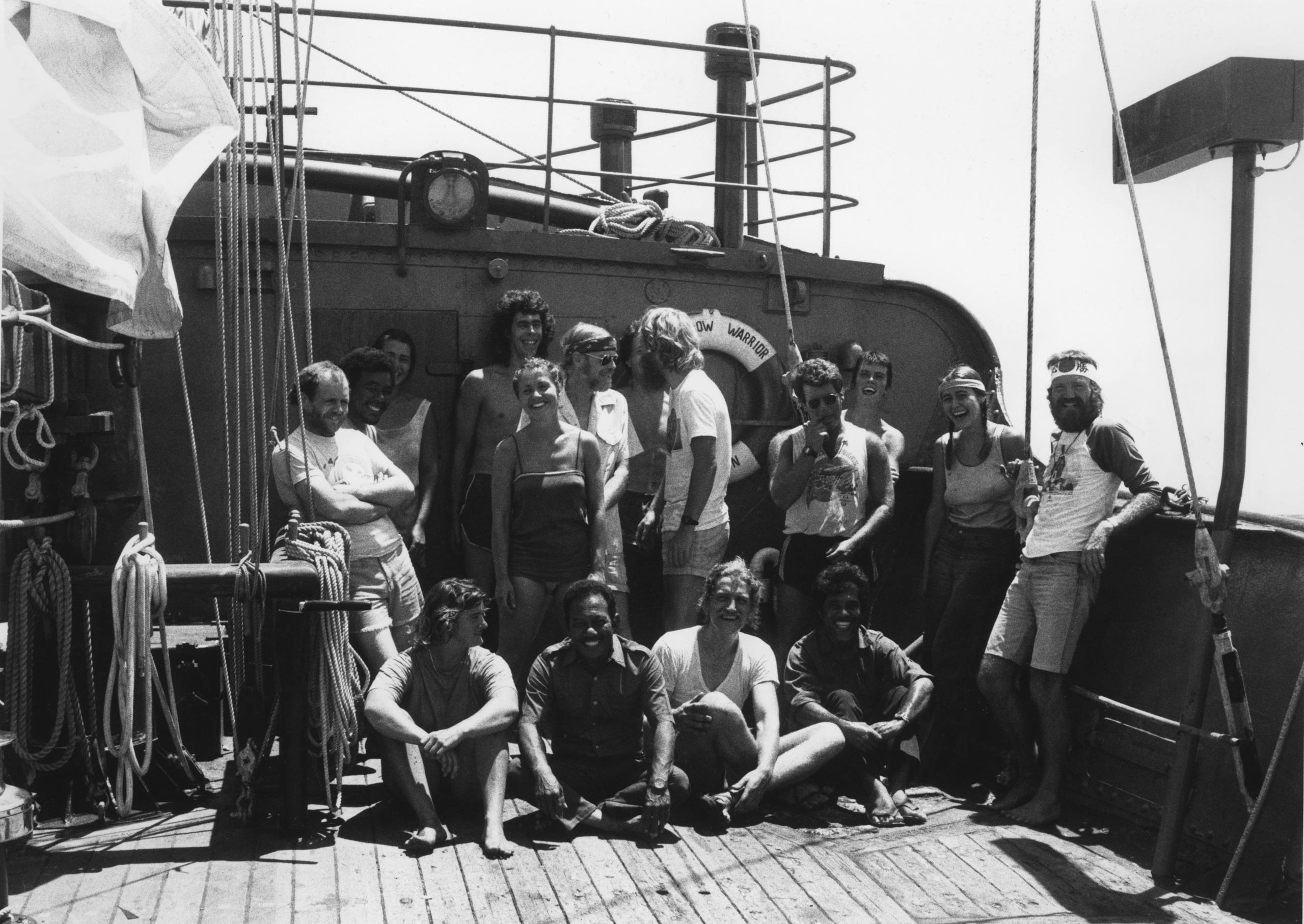 In recent years, individuals involved in debates about whether or not circumstances have changed have made use of  data from the Medical Program along with other sources. Because all science is variable, the debate will continue as long as science is expected to be the decision-maker. All science is uncertain.

And uncertainty generates fear.
A Marshallese government representative highlighted this fear when he suggested that exposed Marshallese had a chronic terror that every disease, every cough, every sneeze, might be linked to their radiation exposure: “Each person who has been exposed asks himself: ‘Will I be well tomorrow? Will my children be normal?’ And when he becomes ill he asks himself, ‘Is this an ordinary illness, or has the ghost of the bomb come to claim me now – even years after?”


This “ghost of the bomb” refers not only to illness, or fear of illness, but also to how the Marshallese exposure controversy represents the legacy of Cold War science and atomic politics. The greatest legacy of this exposure, in fact, was not physical but existential. The way the Marshallese saw, and thought about, their lives and their futures, was irrevocably impacted by their fallout exposure. They lived their lives with constant anxiety about their health: “Will I be well tomorrow?”
In a world where politicians argue about fake news and pseudoscience, it is important to understand how science works, or when it fails to work. Science IS real. Science is also constantly evolving. In this story, science, despite its value and beauty, is insufficient. There is no science that can prove the Marshallese experience. There is no physical scientific analysis that measures trust between people or their governments. There is no research that can graph the effect that years of questions, obfuscation, and fear have on this trust.